Codebook originated in 1998 when Zetetic’s founder Stephen Lombardo got his hands on a Palm Pilot. With the GCC compiler and some practically applied cryptography, the favorite password manager of sysadmins everywhere was born. 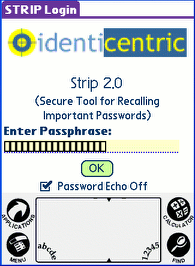 STRIP stood for Secure Tool for Recalling Important Passwords. After much reflection and feedback from our customers we decided to change it to Codebook, but STRIP was the name of the app for many years. It encrypted account records in its database using a password supplied by the user. It was very popular on the Palm platform, in particular with IT folks, for quite some time–here’s an article on ZDNet from back when the Internet’s crust was cooling, and here’s a write-up on CNN.com. 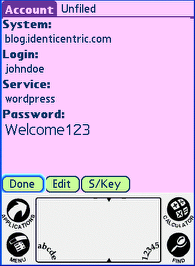 The program was free and open-source software, and we’ve had reports of it actually being distributed on some Palm devices (this is unconfirmed). However, given the almost universal abandonment of the Palm platform and OS over the past few years, we’ve ceased to officially support Palm. 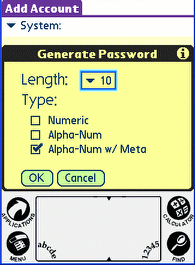 We were getting tons of requests as users moved off their dying Pilot, Visor, and Treo devices to port their favorite utility to new platforms, in particular, the iPhone. In 2008 we began a complete rebuild for iPhone, which included building out a brand new open-source encryption engine, SQLCipher. In the spirit of the original STRIP, we’ve released the full source of the encryption engine for hacking, patching, and peer-review. SQLCipher is now used by thousands of apps, protecting data on hundreds of millions of devices.

Once you release software for the iPhone, if you're lucky you pretty quickly get asked to port it to other platforms and to provide a sync feature. That's just what we've done, creating native versions of Codebook for Android, macOS, and Windows. We work hard to keep them functionally equivalent and compatible, while adhering to each platforms' distinct interface styles. And when we say native, we mean it: we don't use any cross-platform GUI development kits like Electron.

Supporting all four platforms is a lot of work, work that we're committed to. This ensures that as new versions of your operating system come out, Codebook remains reliable and takes advantage of important new features on each platform, such as fingerprint authentication on Android and Password AutoFill on iOS.

We are currently working on Codebook 4, the next major update, which will provide a more robust Sync feature for Codebook, laying the ground work for many planned improvements. Beta testing is underway and we look forward to releasing it before the end of year.

After Codebook 4 has been released we'll be focusing on some catch-up and parity efforts in Codebook 4.1, including Dark Mode for iOS and Android.

From there, we plan to introduce storage of images and file attachments across all four platforms, for which the upgraded Sync system in Codebook 4 was a necessary precursor.

Once we have image and file attachments out there and working well with the new Sync feature, we will be moving on to automatic background sync. 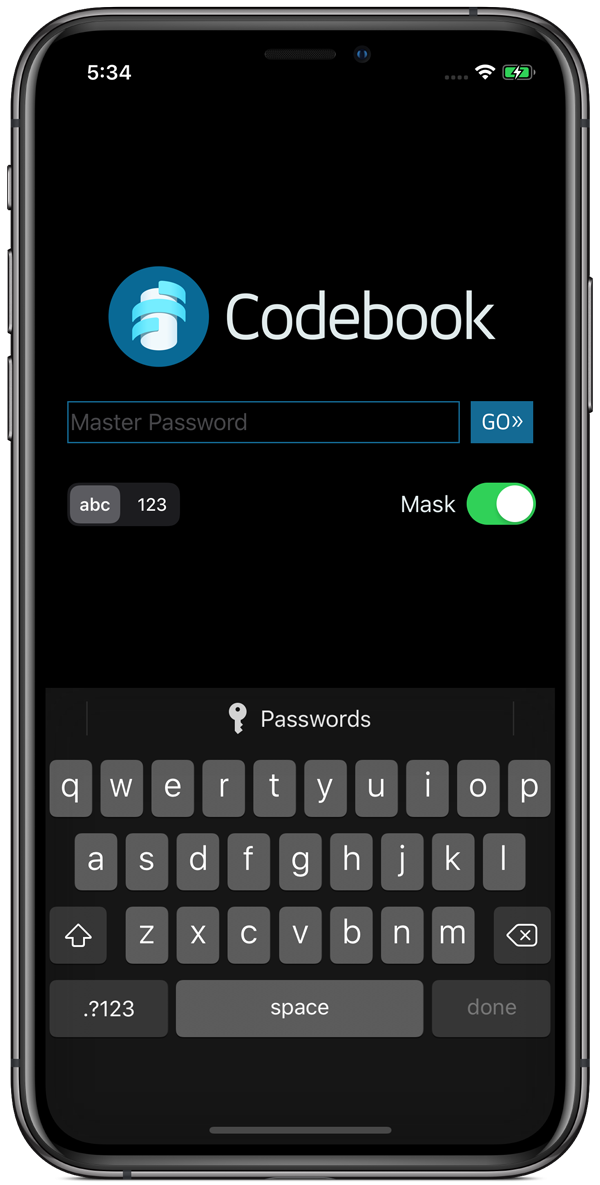 But How Are You Going To Pay For It?

We charge "up-front" for the full version of Codebook, while offering a free trial (except on Android). Each platform is priced individually, as we have no way to offer bundled pricing across the multiple app stores. The only type of subscription we are considering is for access to our own automatic background sync service, which is still in development. Offline manual sync via local WiFi and 3rd party cloud sync (Google Drive, Dropbox) will always remain an option, however automatic background sync will introduce an optional subscription service. 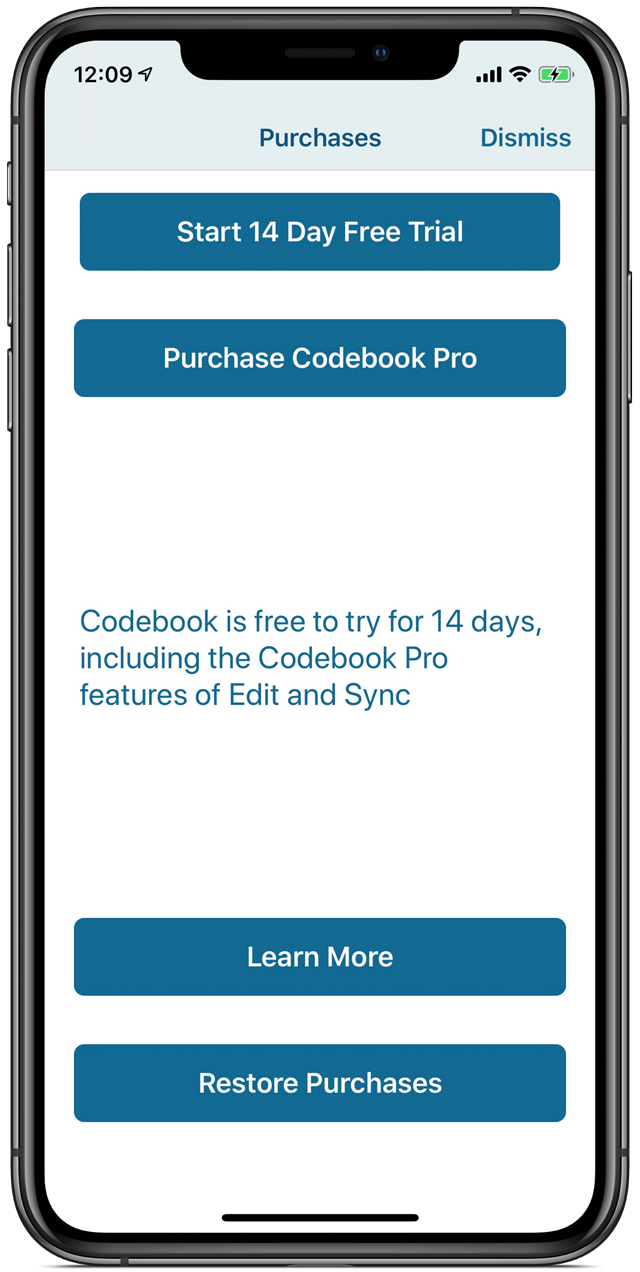