Password Review is a feature of Codebook (for macOS and iOS) that allows you to check if a password you are using appears in a massive database of over half a billion hacked and leaked passwords compiled by security researchers called HaveIBeenPwned.com. Specifically, Codebook uses the service's /range API, which uses a k-Anonymity model to prevent the service from learning the password being tested. From the results Codebook can determine if your password has been found in online password breaches, and how many times. Codebook does not at any time send your actual password to any web service.

The first time you tap on Review Password, Codebook will ask you to confirm if you want to continue, and will check for confirmation again if you tap on Cancel or Learn More (which brings you to this page!), until you tap Continue. 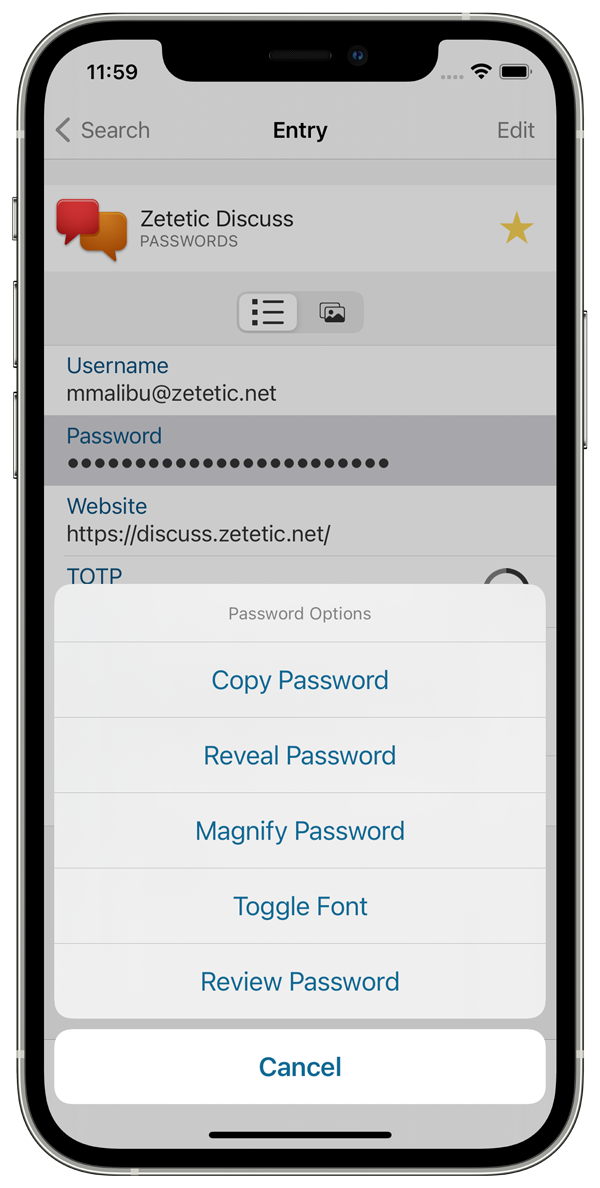 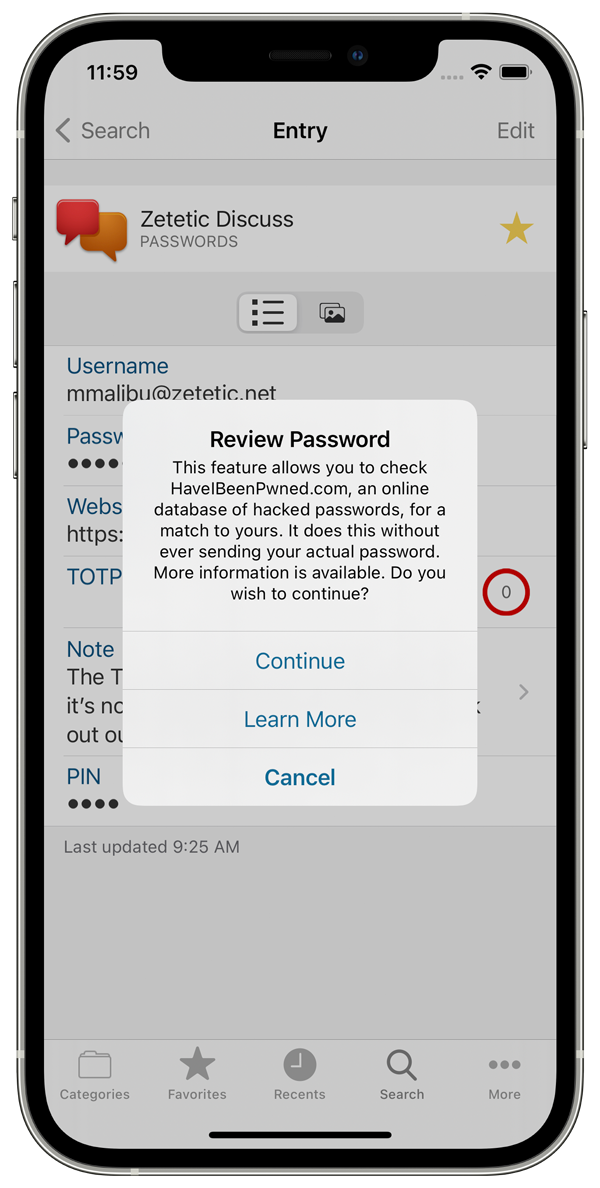 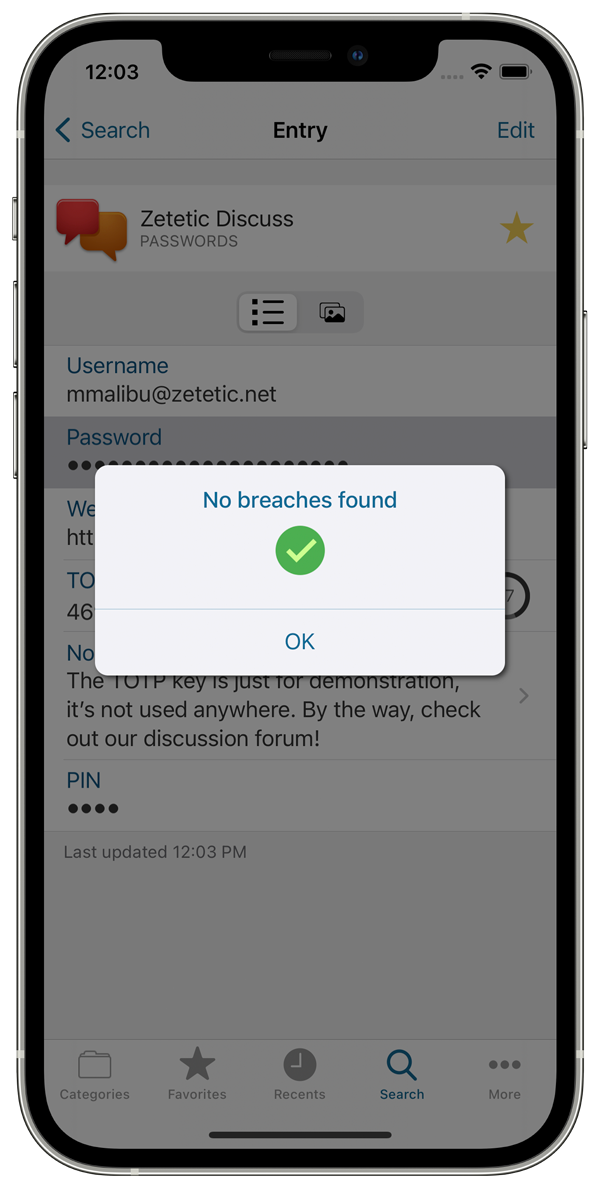 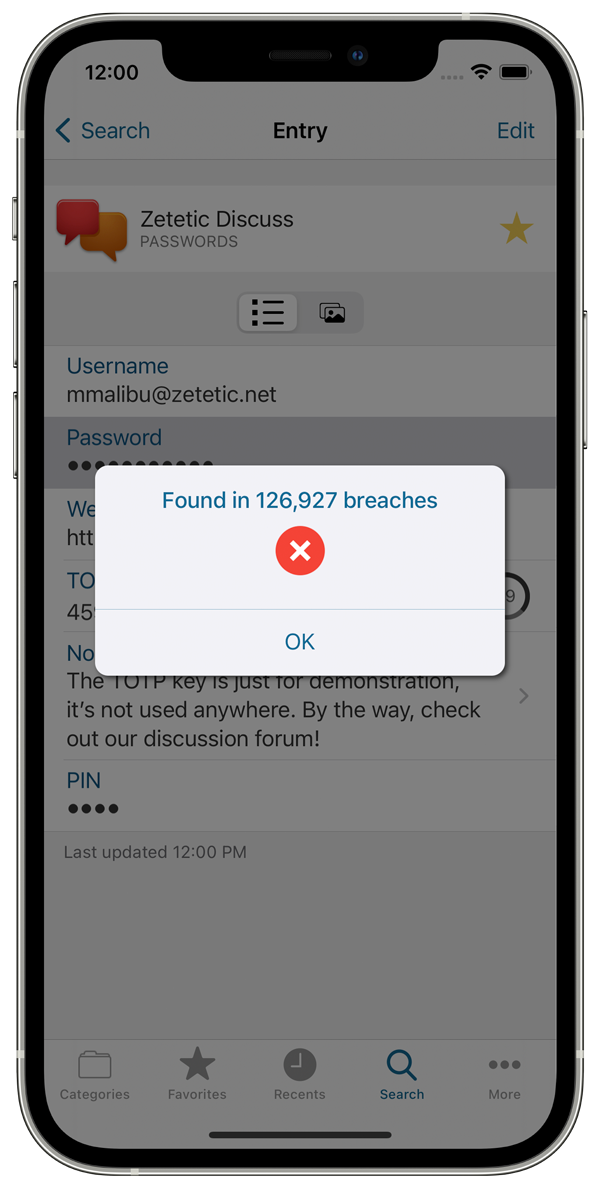 Codebook can also be set up to review your password as you enter it. Password Review is disabled by default. To enable the feature, click on the Codebook menu > Preferences (keyboard shortcut ⌘,), and select the Passwords tab. Click on the checkbox "Automatically review passwords with HaveIBeenPwned.com" and it's ready to go. 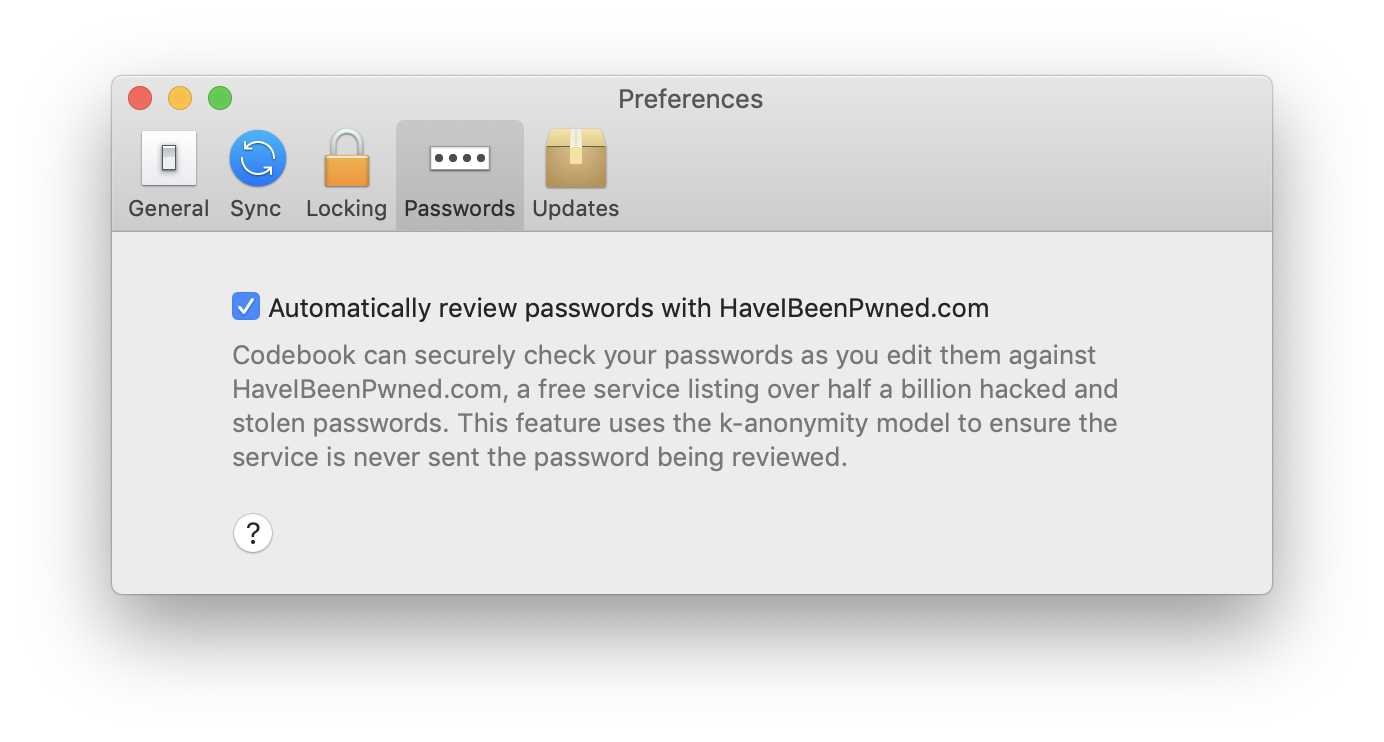 As you type in password fields Codebook reviews the password locally for weakness warnings. Once you stop typing Password Review will automatically check the password against HaveIBeenPwned.com's API, displaying the results right above any other warnings.

The mathematical principle supporting this type of lookup is called k-Anonymity. Cloud Flare has provided an excellent description of it in their article on how it is used in HaveIBeenPwned.com:

Instead, our approach adds an additional layer of security by utilising a mathematical property known as k-Anonymity and applying it to password hashes in the form of range queries. As such, the Pwned Passwords API service never gains enough information about a non-breached password hash to be able to breach it later.

k-Anonymity is used in multiple fields to release anonymised but workable datasets; for example, so that hospitals can release patient information for medical research whilst withholding information that discloses personal information. Formally, a data set can be said to hold the property of k-Anonymity, if for every record in a released table, there are k − 1 other records identical to it.